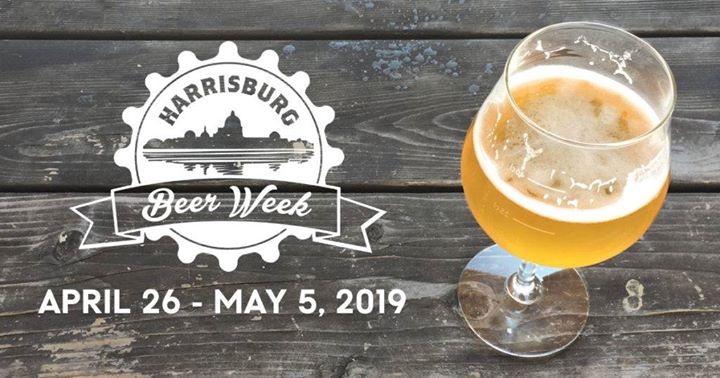 You’re invited to join us at the WebFX headquarters for our annual Harrisburg Beer Week bottle share and special Mellow Mink Brewing Release!

OVERVIEW
Now you might be asking yourself ‘Why the heck does a digital marketing agency host a Harrisburg Beer Week event?’

The answer is painfully simple: we love beer just like the rest of you. It also doesn’t hurt that we have a pretty killer office space to host an event like this for fun.

So pick up a bottle (or can of) or your favorite brew or grab those sharing bottles you don’t want to open alone and bring them to share and swap? with others.

MELLOW MINK
Mellow Mink Brewing is a new sour and farmhouse focused craft brewery and taproom in Mechanicsburg, PA. It is their goal to bring the traditions of both old and new world brewing excellence to their home on the west shore of the Susquehanna River. They believe that craft beer should be inventive, inclusive, and above all, delicious. We’ll drink to that!

BEER RELEASE
As a young company full of beer lovers, WebFX is incredibly honored to partner with our good friends at Mellow Mink Brewing to come up with an exclusive Harrisburg Beer Week event brew. Under the guidance of Mellow Mink’s founders, brewer Matt “Dr. Lambic” Miller and creative genius Cole Taylor, we’ll debut an exclusive Superfruit series sour beer blend for our guests at the event. More info will be shared soon on the custom collaboration we’re creating!

BOTTLE (OR CAN) SHARE
For those of you unfamiliar with bottle/can shares, they are gatherings of craft-beer lovers where each attendee brings a bottle of beer (or two or five or ten) to share with the group. For some of us, bottle shares are rare events, planned well in advance with invitations extended to only our closest beer-geek friends. For others, bottle shares occur more frequently and can range from a few close friends to a blowout of massive proportions.

FOOD
Snacks are essential. Always. You better believe we’ll have those insane Bacon, Beer and Potato Chip Cookie Bars again to munch on, among other things! Back by popular demand, we’ll offer an array of complimentary beer-themed desserts made by Anna Rose Bakery & Coffee Shop that each pair well with our favorite beverage.

We’ll also feature a generous giant soft pretzel station with more than a dozen different sweet and savory dips and seasonings to go with those brews.

TO JOIN
Price of admission is at least 12 ounces of either beer you brewed or craft beer you snagged from an awesome brewery or bottle shop! We’ll have a great time sharing brews and talking all things craft beer!

Don’t worry, we’ll be providing sampling glasses to pour the beers into so everyone’s not sharing the same bottle. The goal is that everyone brings a beer or two so that all guests can try a ton of different kinds of beers.